The 2020 title for Librarians and Archivists with Palestine’s international reading campaign, One Book, Many Communities is The Book of Disappearance by Ibtisam Azem, translated from the original Arabic by Sinan Antoon. The Book of Disappearance imagines what would happen if Palestinians in the State of Israel suddenly disappeared without a trace.

Set in modern-day Jaffa and the greater Tel Aviv area, the story follows Alaa, a Palestinian citizen of Israel, and his friend Ariel, a Jewish Israeli. After Alaa disappears, Ariel finds Alaa’s journals. Alaa’s memory of his late grandmother, a survivor of the Nakba, confronts Ariel’s liberal Zionist convictions. Even in his absence, Alaa’s family memories create a dialogue with Ariel as the crisis of the mass disappearance unfolds.

This project draws inspiration from the “one book, one town” idea, wherein people in local communities come together to read and discuss a common book. Librarians and Archivists with Palestine invites readers, librarians, and others to organize gatherings to discuss The Book of Disappearance by Ibtisam Azem. This campaign is designed to introduce readers to the richness of Palestinian literature, and create a broader awareness and understanding of Palestinian history and the struggle for self-determination.

Please join us! Book groups can be held at a library, university or school, at a local non-profit organization or community center, in your living room, or at a bookstore. If you schedule your event for May or June 2020, you’ll be connected to readers across the globe who will be reading and discussing the book at the same time. Use your imagination! And let us know what you’re planning!

Librarians and Archivists with Palestine is a network of self-defined librarians, archivists, and information workers in solidarity with the Palestinian struggle for self-determination. The hashtag for the campaign is: #lap1book.

Content note: The Book of Disappearance contains mentions and depictions of violence, including sexual violence.

The Book of Disappearance is available at many public and university libraries. Copies can also be purchased from the publisher, Syracuse University Press, as well as most major online book retailers including IndieBound, Powell’s, Barnes & Noble, and Indigo. The original Arabic version of The Book of Disappearance can be found in much of the Arabic-speaking world. Let us know if you have any questions about acquiring the book.

Previous One Book, Many Communities events: 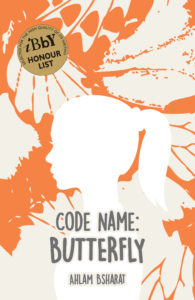 2018: Code Name: Butterfly by Ahlam Bsharat. This coming-of-age novel portrays life under occupation from the perspective of a 14-year-old girl. Butterfly and her peers have conventional teenage challenges like love and jealousy, but they also contend with fears and struggles most adults will never have to experience.

2017: “Returning to Haifa” by Ghassan Kanafani as found in the short story collection Palestine’s Children: Returning to Haifa and Other Stories. Kanafani tells the story of a couple that was forced to flee Haifa in 1948 and is returning for the first time in 20 years. Their feelings of displacement are accompanied by grief for the son they had to leave behind.

2016: Sharon and My Mother-in-Law by Suad Amiry. Suad Amiry writes with humor and insight about the realities of life under occupation. From falling in love across borders to dealing with deliberately inscrutable Israeli policies, Amiry’s “Ramallah Diaries” will have you laughing and crying in the same breath. 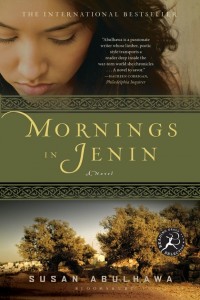 2015: Mornings in Jenin by Susan Abulhawa. Mornings in Jenin is a sweeping, heart-wrenching historical saga about four generations of the Abulheja family. From Jenin to Jerusalem to Beirut to Philadelphia, the novel follows the family from its displacement from Ein Hod village in 1948 through love and loss over decades of life in Palestine and the diaspora.